It started with the core idea of deckbuilding. Most card games have you build a deck up front, and then the gameplay portion is completely separate - but deckbuilding is one of the most fun parts of card games. So what if the deckbuilding was the gameplay? What if every game featured you building up a deck, making interesting decisions, with tradeoffs along the way?

The Bazaar is truly Free-to-Play. The biggest pain point Reynad wanted to solve for card game players is the pay-to-win model. In The Bazaar, you start the game with a couple classes unlocked. Those classes have all the cards in the game for them. As more classes get introduced to the game, you’ll have the option of unlocking them, either by spending money or in-game currency.


You start off with a very small deck full of weak cards. You can buy different cards that make it more powerful and kill monsters that drop rewards, and eventually, you’ll try and use the powerful deck you built to kill your opponent. 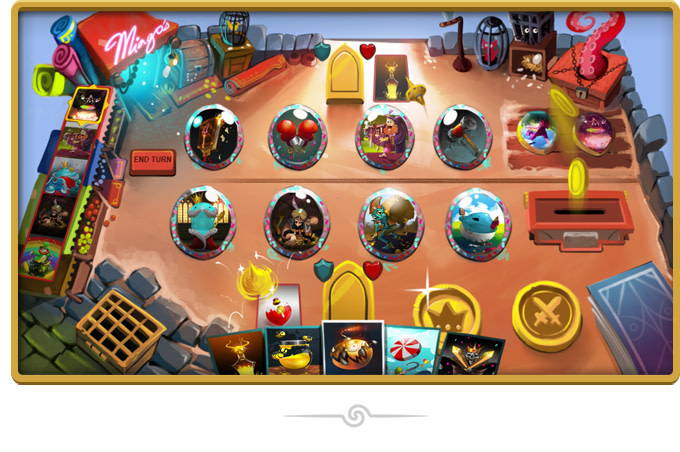 You create a brand new deck from scratch every single game you play. Every turn, you draw 5 cards. Those cards are going to give you shopping money to make your deck better, or they’ll be weapons that give you attack value.

You can send that right to your opponent’s face, or you can choose to kill a monster that will drop a reward and improve your deck even more. It’s not all about making your deck better. It’s just as important to make your opponent’s deck worse.


You start off with a very small deck full of weak cards. You can buy different cards that make it more powerful and kill monsters that drop rewards, and eventually, you’ll try and use the powerful deck you built to kill your opponent.

There’s a lot of different classes in the game that have completely different playstyles game to game. The player is going to be confronted with different monsters, spells, and items that are all unique to the class they picked.

The Wizard is a spell-heavy class that relies on tempo and efficiency. By using cost-effective spells and crafting potions that give temporary boosts in power, the Wizard can bring down opponents very quickly. In a more drawn out game, the Wizard can lean on the power of his Legendary Spells and Weapons that scale in power based on how many spells he has cast.

The Vampire is a flexible class with many different playstyles. By using HP as a resource, the Vampire's Weapons, Spells, and Items can be extremely cost-effective. If the player opts into an aggressive playstyle, the Vampire can build a hyper-efficient deck or bring both players' life totals down extremely quickly. Against faster classes where the Vampire's life total is precious, the player can take advantage of the class' powerful attrition tools. By filling the opponent's deck with Leeches and converting the opponent's cards into an army of Servants, the Vampire can bleed the opponent dry of resources.

The Merchant is unique among classes. Instead of trying to acquire bigger and better weapons, the Merchant focuses on winning through his economy. The Merchant is fantastic at getting very rich, very quickly. He gathers currencies from all corners of the world, mines an endless stream of gems, and upgrades his coins and equipment along the way. He always gets the better end of a trade- but not through honest means. The Merchant can bury his opponents in an avalanche of useless counterfeit coins and tariffs. Mercenaries are the main offensive tool in his arsenal, but they don't come cheap. Once the Merchant has built his wealth, he can pay for an army to wipe out the competition, or end the game through his alternate win condition- building a massive and extravagant deck of cards.

We’ve been creating hundreds of cards, working to make our art style unique, then changing and honing them until we're happy that we've created something worthy of the game.

Here are some of our favorite cards: 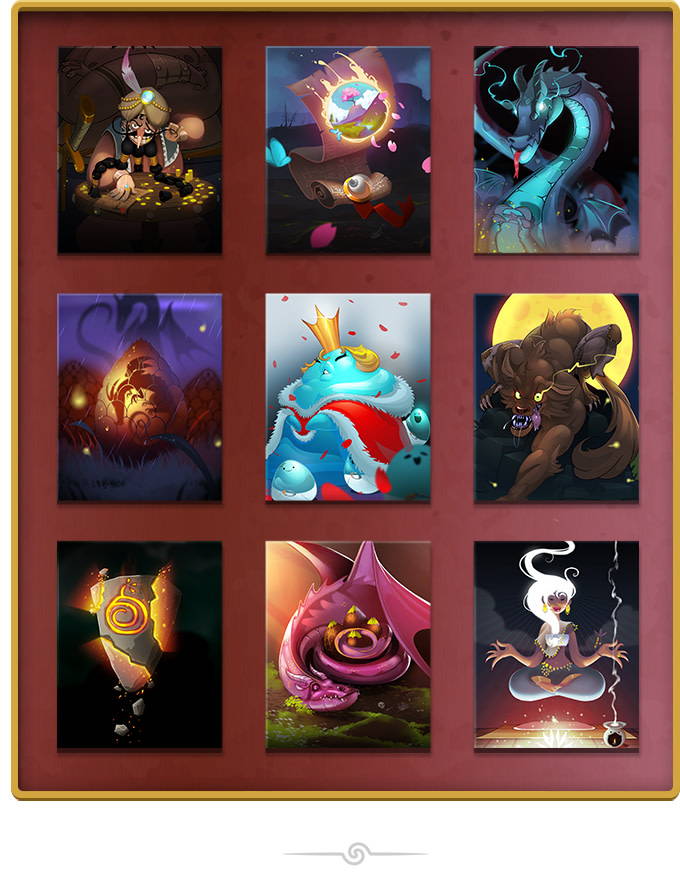